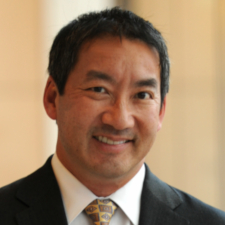 Clarence Low recently joined the team at the Society of Asian Scientists and Engineers (SASE). As Director of Organizational Relationships, he will serve to develop and nurture relationships with corporations that value a diverse workplace and connect them with high-achieving Asian scientists and engineers. Prior to SASE, Clarence was the President and CEO of the Asian Chamber of Commerce (ACC) in Colorado, serving to connect businesses locally and internationally to the Asian American and Pacific Islanders (AAPI) community in the greater Denver Metro area.

The ACC's efforts and connections within the community has expanded considerably over the recent years – reaching deep into the multi-ethnic Asian community as well as through partnerships with local and multinational companies seeking to increase their diversity and inclusion efforts. ACC enjoys partnerships with the City and County of Denver, the Colorado Governor’s office, the White House Initiative on Asian Americans and Pacific Islanders, and regional Consular Offices.

Clarence is passionate about creating opportunities for AAPI students - both educationally and with career development. He helped start two Scholarship Funds at CU Denver and Red Rocks Community College, and leads an annual trip for local undergraduate students to Washington, D.C. Clarence received the University of Colorado, Denver Rosa Parks Diversity Award in 2015, and was recognized by the Colorado Asian Culture and Education Network (CACEN) as an Asian American Hero of Colorado in 2013.

Clarence earned his B.S. in Chemistry and an M.S. in Marine Sciences from UC Santa Cruz. He enjoys a good game of table tennis, xiao long bao, high-grade sushi, and most anything with yuzu in it!